The trip of a lifetime

It passed so fast, you would have almost missed it

The least profitable branches of the secondary network (dotted lines) will provide the main trunk (core network in continuous lines) with additional traffic that will strengthen its profitability and will largely fund secondary lines’ shortfalls. However, state involvement in the extension of the original network may have to be considered in order to provide the best service to the population of Quebec. 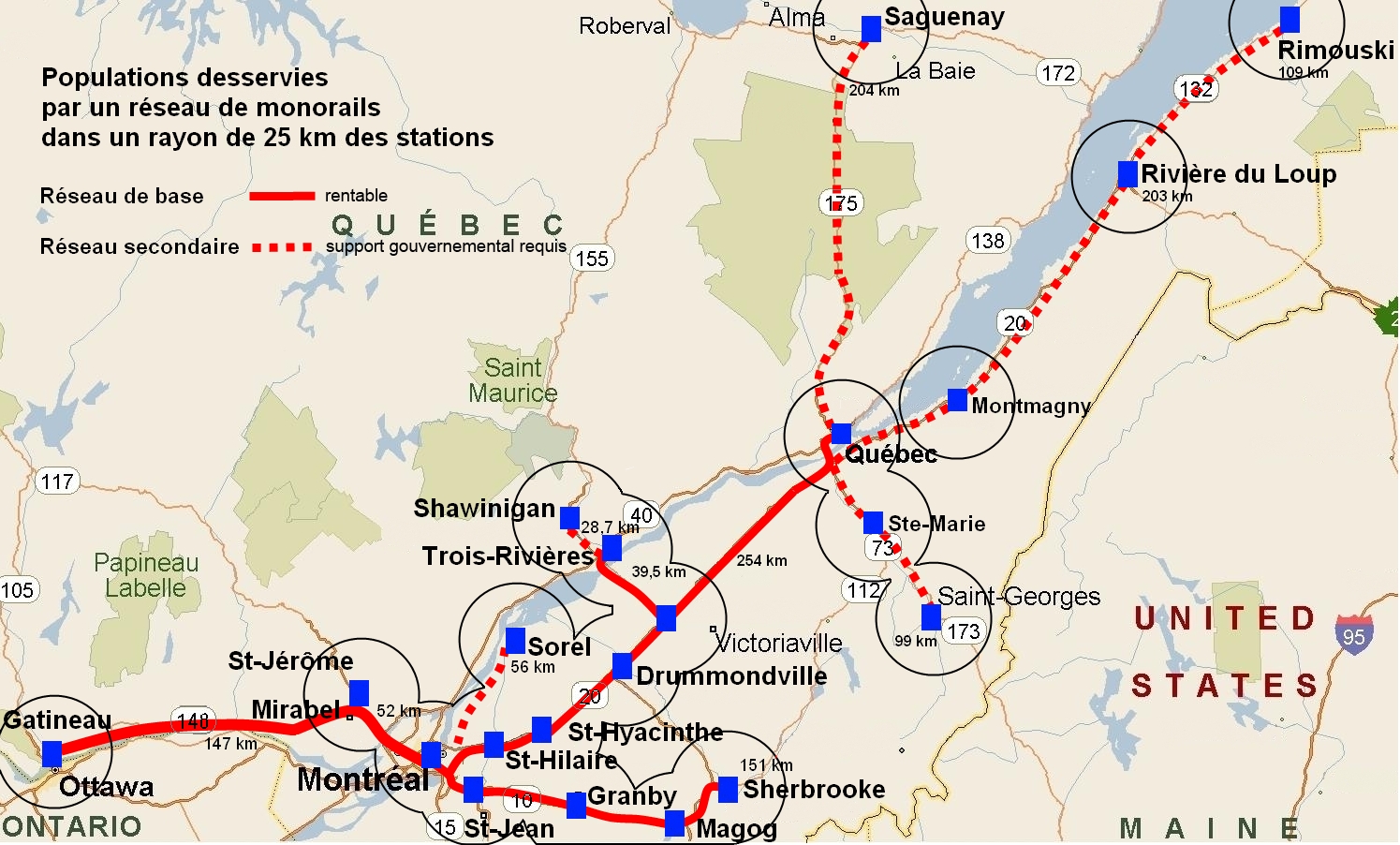 We believe that, using a service area network of 25 km radius around monorail stations, the network will reach more than 94% of the population in cities with 15,000 inhabitants or more, in Quebec.