To put an end to road traffic issues

For a GREEN public transport!

A logical choice for Quebec's next electrified transport network

A logical choice for Quebec's next electrified transport network

A product made in Quebec, just for you!

In addition to being eco-friendly, it is the wiser solution for Nordic countries. 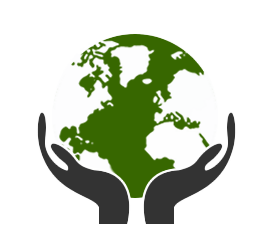 The MGV is powered by electricity, clean and renewable energy that comes from hydroelectric dams or wind turbines in Quebec. It also contributes to the reduction of greenhouse gases.

A project such as the MGV also contributes to the reduction of greenhouse gases by reducing the traffic and congestion on our roads of vehicles that emit CO2.

For a cleaner, greener environment, the MGV is a more than interesting solution.

The low need for the construction of bridges, tunnels and major earthworks to establish the foundation of the railway will greatly reduce the work to be done on site and the environmental impact on the ground.

Using the right-of-way of a highway, the monorail significantly increases the transport capacity in this existing corridor without requiring the development of a new corridor, leaving to nature or culture areas that otherwise would have changed their vocation. at the expense of the environment.

The electric energy used by the monorail comes from hydroelectric dams or wind turbines in Quebec. It is recognized among the cleanest energies in the world. The electrification of public transit will significantly reduce Quebec's dependence on polluting fossil fuels.

The use of the electric monorail will contribute substantially to the reduction of traffic and congestion on the roads and therefore the emission of GHGs in transportation in Quebec (buses, trains, aircraft and even trucks). According to our studies, the installation of an MGV line between Montréal and Québec would reduce GHGs by replacing 58,000 tonnes per year.

Driven by electricity, the shuttle system will be among the quietest public transit systems for passengers and for the people and animals living on the edge of the monorail.

Reduction of traffic on roads

The use of the monorail will reduce the flow of automobiles and buses on highways, extending the service life of the motorways and reducing the need and expense associated with their expansion, replacement and new construction.